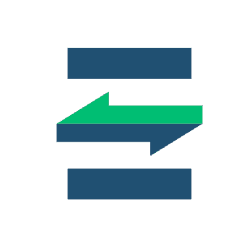 A Look At The Future Of Fintech, EMI licensing & Lithuania's role as a hotbed of innovation and opportunity

Although there are still conventional financial centers throughout the world, a new crop of cities is vying to become the leading centers for fintech. The Fintech Frontiers are shattering preconceived notions about where in the globe a significant startup should be based. They are pushing the limits of the financial landscape like the Wild West’s frontiersmen and bringing attention to undiscovered cities.

Fintech thrives in Lithuania because of the country’s top talent, favourable business climate, accommodating legal framework, and supporting ecosystem. Furthermore, the Bank of Lithuania has taken a proactive approach toward innovation since the emergence of fintech 15 years ago in an effort to increase foreign investment in the nation. Since joining the EU in 2004, and joining the eurozone in 2015, Lithuania has given authorized businesses access to around 500 million European consumers. It implies that Lithuania’s capital, Vilnius, which has a 700-year history, has a promising future fueled by cutting-edge technologies.

Fintechs in Lithuania continue to focus mostly on payments (31%), but the industry is becoming more diverse: 18% of businesses are engaged in financial software development, 11% in financing and lending products, 10% in savings and investments, and 10% in online banking. The majority of the Fintechs functioning in the nation had a profitable year, according to Invest Lithuania’s The Fintech Landscape Report 2021. Over a third of the firms questioned projected their revenue more than doubling in 2021, and 87% of the organizations surveyed predicted revenue growth. Fintech companies in the Compliance, Payments, and Financial Software sub-sectors were among the companies that had the largest revenue increase.

Increasing sales enabled Lithuanian fintech companies to grow their staff numbers dramatically. According to Invest in Lithuania report, there were almost 4000 persons working in fintech at the end of 2021, a growth of 17.6% over the previous year.

Fintechs were given unfettered access to the country by Lithuania’s state bank. Lithuania was able to seize the post-Brexit opportunity by putting in place an infrastructure that made it more appealing to fintechs, therefore serendipity played a role in Lithuania’s success. The Bank of Lithuania searched for potential barriers to the establishment of fintech companies in the nation and then immediately built an infrastructure to address any issues. Since it was difficult for non-banks to join the financial system without a partner, they created CENTROlink, Lithuania’s payment system that enables clients of financial institutions to set up payments across SEPA (the EU’s payment-integration program).

As pushback on bank fees in developed economies accelerates, fintechs all over the world compete with each other for market dominance. No other tech hub, than Vilnius, can offer fast, untethered access to European market, accommodating legal framework, and supporting ecosystem for fintechs to scale quickly and dominate the European fintech landscape.

PAYMENT SOLUTIONS
TAILORED FOR YOUR BUSINESS

This website uses cookies to improve your experience while you navigate through the website. Out of these, the cookies that are categorized as necessary are stored on your browser as they are essential for the working of basic functionalities of the website. We also use third-party cookies that help us analyze and understand how you use this website. These cookies will be stored in your browser only with your consent. You also have the option to opt-out of these cookies. But opting out of some of these cookies may affect your browsing experience.Read More
Necessary Always Enabled
Necessary cookies are absolutely essential for the website to function properly. These cookies ensure basic functionalities and security features of the website, anonymously.
Analytics
Analytical cookies are used to understand how visitors interact with the website. These cookies help provide information on metrics the number of visitors, bounce rate, traffic source, etc.
Functional
Functional cookies help to perform certain functionalities like sharing the content of the website on social media platforms, collect feedbacks, and other third-party features.
Save & Accept